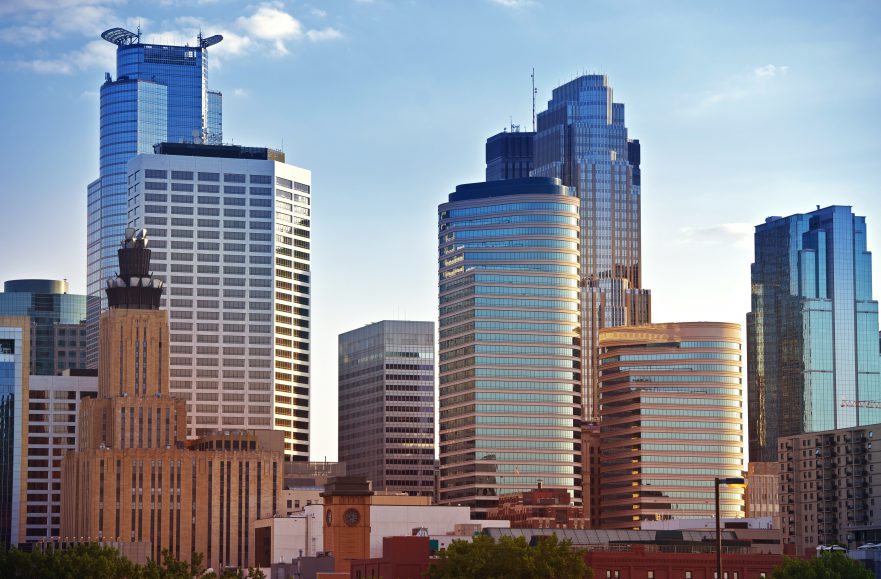 HITEC Minneapolis Special: Ufftah, Hotdish, and the Art of "Scootchin' Right Past Ya"

Your guide to the "Minnesota-isms" you may encounter during the HITEC Conference.

Skol and welcome to Minneapolis! We’re honored to be hosting the HITEC conference this year in the Great North. We’re a tenacious lot who love to talk about the weather, collect as many different patterns of flannel as we can, and dump cream of mushroom soup into recipes with reckless abandon. If this is your first time visiting Minnesota, you may come across a few aspects that are unique to The Land of Ten Thousand Lakes. But fear not, we are also known for our “Minnesota Nice” and more than happy to give you a couple tips to help you enjoy your visit to the Twin Cities to the fullest. Rest assured, you’ll be wearing Red Wing boots and baking your own hotdish in no time.

Minnesota gained its statehood in 1858 and was officially nicknamed “The Land of 10,000 Lakes”. This is an absurd amount of lakes, but I’ll be the first to admit it’s a vicious lie. We actually have 11,842 lakes (but who’s counting?). A number of these lakes can be enjoyed within the city limits of Minneapolis and are as much fun to spend time at as they are to pronounce. Bde Maka Ska is the largest and most popular. While there are plenty of activities like biking, swimming, hammocking, running, even slacklining happening at any given moment, another popular pastime is laying around, dreaming of a tan, while politely and silently judging the people doing the more rigorous activities. You’ll be amazed what a little silent judging will do for your figure.

Now that you’ve worked up an apetite, I wanted to share a few things to help you blend in like one of the locals while checking out our culinary scene. “Soda Pop” was apparently too lengthy of a term for sugary carbonated beverages, so Minnesotans decided to save themselves a little time and simply call it “Pop”. “Mom, can I have a pop?” is not a request for violence or an inquiry about a new father. Get that kid a soda and have him run off the sugar in a razzle-dazzle game of “Duck, Duck, Gray Duck.” Say “Goose” and prepare to suffer the consequences.

Along those lines, “casserole” is another swear word in these here parts. If you’re planning on tossing a bunch of meat, cheese, veggies, noodles or rice, and cream of mushroom soup into a dish and baking it, you just made yourself a hot dinner in a dish, or as Minnesotans like to call it, “Hotdish”.

Where our creativity fails us with naming hotdishes, we make up for in our salads. Yes, we’re aware and are huge fans of Cobb, Caesar, Wedge, Southwest, and the rest of the gang, but have you ever had Snicker Salad? Allow me to paint you a sweet, delicious, calorie-saturated picture. The usual suspects you may expect to find in a fruit salad are all present: strawberries, apples, and grapes. But you know what would go really well with all those healthy, vitamin-rich fresh fruits? Whipped cream, pudding, marshmallows, and candy bars. A necessary loop hole we figured out when told “...maybe toss in a couple salads here and there.”

Another quick note on shareables. Never, I repeat, NEVER take the last of “the food” at happy hour. I don’t care if the rumbling of your stomach has its own echo, do NOT take that last cookie. If you absolutely can’t resist, the cookie is usually cut in half and left for someone else to internally grapple with. It’s not entirely uncommon to see half of a half of a half of a cookie beckoning to hungry passersby. We know it’s absolutely ridiculous, but we don’t want to be “that guy” and deprive someone of a bite of cookie. It’s also our way of keeping our caloric intake down after all those “salads.”

While eating that Snicker Salad or sipping on a pop, you may find yourself conversing with locals. A topic we LOVE to talk about is the famous people who came from Minnesota. The list is short, but easy to remember.

Of course topping the list is our prince, Prince. His impromptu memorial party literally shut down traffic around the iconic venue, First Avenue, where he started his ascension to stardom, and the lights of Downtown blazed purple for several days.

In Minnesotan’s eyes, nothing compares to [him]. So, take a page from Prince’s book, put on a raspberry beret, and party like it’s 1999 while you’re walking his streets.

Who else do we love in Minnesota? The answer, my friend, is blowin’ in the wind. Okay, so actually it’s boldly and beautifully painted on the side of an entire building in downtown Minneapolis, and his name is Bob Dylan of Hibbing, MN. After a quick chat and photo opp with Bob, walk a couple of blocks to visit the statue of our patron saint of Minneapolis, St. Mary Tyler Moore. She ran these streets for the better part of the seventies with an iron fist and wide smile. That fist got bronzed, along with the rest of Mary, and she has been tossing her hat into the air on the corner of Nicollet and 7th Street in downtown Minneapolis for years as a reminder that you JUST might make it after all.

As you’ve probably heard in our charming, distinguished accent, we adore the letter “O”. Not only did we ensure its presence in our state name, forcing us to boast “I’m MinnesOtan”, but we feel the relentless and subconscious need to put it before every sentence we say. “You’re going ice fishing?! Oh, for fun!” “Oh, did you catch that Vikes game?” “Oh, for cute! Where did you get that North Face jacket?”

We can also come across rather accusatory when we’re really just making pleasant conversation. “You bet” doesn’t mean we think you have a gambling problem. It’s synonymous with “No problem,” “Happy to help,” “You’re welcome,” etc. A slight variation, if you can keep up, is “You betcha.” Try it on for size. Fits nice, eh? It does, you betcha.

And now, onto the expletives. “Oop” and its buddy “Ope”. These words are typically uttered when you stub a toe, knock something off a table, or accidentally bump into another person. Additionally, when you run into someone, regardless of who’s at fault, always apologize excessively. If Minnesotans had an official state word, it would be a photo finish between “Sorry” and “Ufftah”. “Ufftah” is usually used in exasperation. “Ufftah, it’s been a long week.” “Ufftah, I overbaked the Tater Tot Hotdish a smidge.” What does it actually mean? Ufftah, I dunno.

Where we still employ “Excuse me” and “Beg your pardon” to get around someone, the more popular phrase to use in Minnesota is, “I’m just gonna sneak past ya here quick. Sorry ‘bout that.” If you’re really dedicated, you can do a theatrical tiptoe/high knee number to illustrate your urgency and that you’re well aware of how much you’re putting them out. Just picture someone walking across hot coals with the facial expression to match. After you successfully slink past, make sure you thank them for their kindness and understanding. Why ARE you such a pill? Then, apologize one more time for the inconvenience, in case they didn’t hear the previous eleven.

The final thing you should know about Minnesota is the art of a Minnesotan Goodbye. On the opposite end of the spectrum as an Irish Goodbye where one leaves without so much as a wave, Minnesotans take nearly an eternity to say “goodbye” before leaving. They go around the room dishing out “goodbyes” like Oprah handing out cars. And not just saying “see you later” and moving along, but needing to yap about weekend plans, well wishes for that rhubarb plant that hasn’t bounced back yet from winter, and, "Surprise!", we’re back to chatting about the weather. To the chagrin of angsty teenagers everywhere, mothers are especially well practiced in the Minnesota Goodbye. I’ve personally witnessed my own mother making not one, but two rounds on multiple occasions. It’s common for people to start saying their “ta-ta’s” a solid hour (or two) before their planned departure. Or, just “Irish it” and come up with an excuse for your "rudeness" later.

On that sentiment, I hope this helps shed some light on how to be a Minnesotan and you feel empowered to grab Babe the Blue Ox by the horns and confidently to go chit-the-chat with some locals. Heck, maybe you’ll even be able to pass off as one with all this newfound knowledge. “Oh, so you’re not from around here, eh? Sorry! Ufftah, could’ve fooled me.”

Kipsu and Quore: A Match Made in Heaven 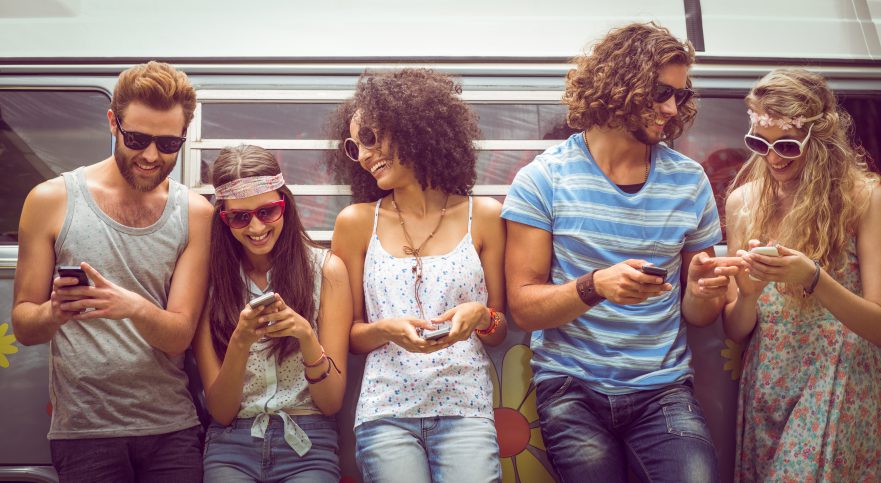