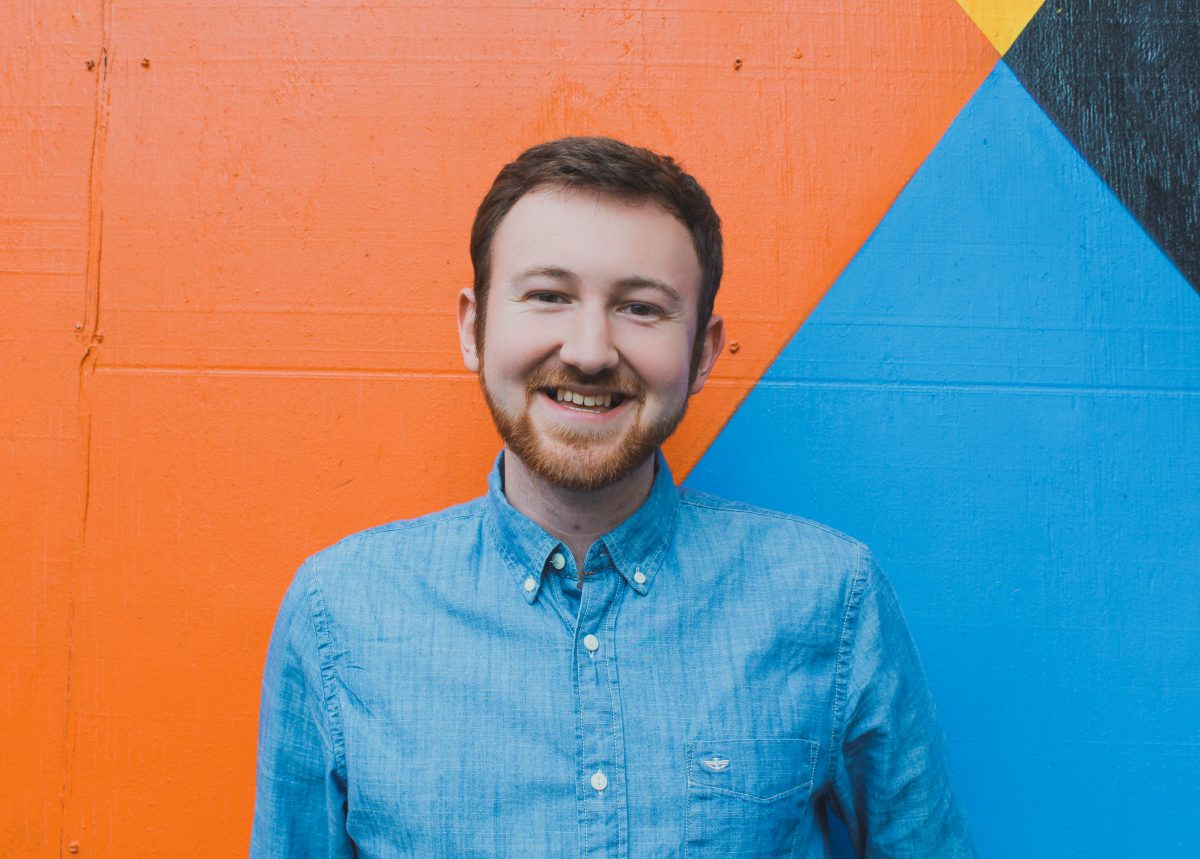 Meet Connor Valenti, master of board games and politics nerd. Connor Valenti graduated from Macalester College with a major in Computer Science and minor in Political Science. He enjoys playing ultimate frisbee and volleyball and spending time with friends. Connor was a part of Kipsu's first Rotation Program, and was placed on the Engineering Team after the program ended! Read more about Connor's thoughts and reflections on the Rotation Program and Kipsu thus far.

Why did you choose to be apart of the first Kipsu Entrepreneurial Leadership Rotation Program?

My decision to join the Rotational Program at Kipsu came out of a culmination of feelings of curiosity, self-doubt, uncertainty, and adventure. I (like so many other students as they graduate college) found myself at the end of my senior year unsure of where exactly I wanted to go in life. I was about to earn a degree in Computer Science but over the prior six months had begun questioning whether or not I wanted to follow a career path that involved it or not. At the same time, I recognized that I enjoy doing a whole lot of different tasks when it comes to work, and that I have a number of skills that are valuable to jobs and roles outside of those that are “normal” Computer Science roles. The Rotational Program afforded me the perfect opportunity to further dive into and explore these questions.

Additionally, I remember a specific conversation I had as part of an interview with another company for a more purely technical role. At one point in the conversation, my interviewer drew a bell-curve on a whiteboard and shaded out the far right side of the curve (the part where the top five percentile is). He said, “There are people in tech who are over here. They’re super smart, extraordinary people and they go work for the best companies and they make operating systems and complex stuff like that.” Then he shaded the next 40% or so of the graph in and said, “This section, this is us. We’re not capable of that level of stuff, but we still do good work, we get paid well for it and we don’t have to work as hard.” I remember for some reason thinking to myself in the moment, “Yeah! Who needs those top five percenters? Whatever right?” even though on a deeper level I didn’t agree with that.

I obviously didn’t end up working for that company but the moment stuck with me and always rubbed me the wrong way, even though I never could quite pinpoint why. Looking back now, it’s incredibly clear. This other company offered me a guarantee of doing ordinary work. Kipsu offered me an opportunity to be a part of something extraordinary, and that’s a chance I would never turn down.

What is something surprising you learned about Kipsu?

Kipsu isn’t a startup. Not in the traditional sense, at least. We’re not in this for the quick buck or the massive IPO. It is, however, an assembly of some of the most talented and dedicated people I have ever known, all endued with the same sense of long-term vision. And while some of us may still be learning as we go, we’re continuously guided by leadership that is steady, brilliant, and wise beyond its years. I don’t think that’s something you can anticipate or even understand before you spend some time working here.

What are a few things you have learned about yourself through this program?

I definitely learned how adaptable I’ve become. When I was younger, I used to be strongly change averse (you can ask my mom and I’m sure she’d have some embarrassing stories to back this up) but I don’t think that’s a part of my personality anymore. There are still parts of my life that I like to keep consistent, but change is natural and unavoidable, and I think now it tends to excite me instead of scare me.

I’ve also learned a lot about where my professional talents and interests lie. I entered the program highly uncertain of my technical skills and even my desire to pursue a technical career despite my training in Computer Science. I still haven’t solved for all of this uncertainty, especially around my long-term desire to be in a technical role, but I’ve definitely come a long way towards understanding it. It became evident to me as part of this program, that when I have downtime at work, I have a “default” state of thinking about improving things through writing code. This is telling, in and of itself, and it led to me creating some cool projects during my time in the program.

In this program, you have been exposed to several roles without having prior experience in them, how has that experience been?

This was simultaneously the piece of the program that brought me some of the most excitement and the most difficulty. I love the idea of learning new roles and getting the opportunity to walk in someone else’s shoes, even if that walk lasts four months. The challenge of taking on an entirely new role, learning the in’s and out’s of it, and then getting to a point where you can feel productive and valuable in it, is incredibly rewarding. It’s also a sense of accomplishment that most people don’t get to feel that often but that I got to experience three times within a year. At the same time though, reaching that point sometimes takes three out of the four months that you have in that role. Then you only have about a month left before you switch teams and start all over again. As I said, there is a heavily rewarding feeling to this, but it can also be difficult because it can feel as though you spend most of your time learning and only a portion of it making an impact.

What has been the most challenging and rewarding part of the Rotation Program?

I think one of the most challenging pieces was finding a routine. Each team at Kipsu keeps slightly different "standard" hours and has their own workflow. I’ll be the first to admit that I didn’t keep a consistent sleep/work schedule in college so adjusting to one team’s schedule was tricky. But then I had to adjust again four months later, and then again in another four months. This impacts life both inside and outside of work a bit more than I anticipated, and I’m still working on figuring out the best schedule for myself.

The most rewarding part by far was having the chance to work closely with members of every single one of our teams. Kipsu is still a relatively small company and we all know each other, but there’s a difference between working at the same company as someone and working on the same team and doing the same work as someone. You naturally gain more empathy for what everyone does and notice all the little things that people do to support one another, even if they don’t always know it. It’s special to have that wider sense of understanding and I wouldn’t trade it for any other experience in my first year at the company.

What advice would give to the next Rotation Analysts?

Try your best to free yourself of any preconceived notions of where you’ll end up at the end of the program until the last possible moment. This will let you fully embrace each role as you’re meant to and will ultimately lead to a better understanding of how the whole company works and may even help you realize where you belong as well.

On a less serious note: work hard. Take vacations. Keep up with your laundry. Call your parents every so often. Find a hobby to focus on outside of work. And buckle in, ‘cause Kipsu’s just getting started.

Where did you end up being placed and how are you feeling about moving into that role in a few short weeks?

I will return to the Engineering Team (my second rotation) as a Software Engineer at the end of the program. I’m super excited about this, and I can’t wait to get back to working on some of the toughest technical problems that Kipsu faces. In a lot of ways, returning to Engineering feels like I’ll be returning "home" but I’m also definitely going to miss working hand-in-hand with members of our Customer Success and Customer Partnership teams and working on the problems that those teams tackle.

Anything else you would like to add about the Program?

Jobs at startups are uncommon. Rotational programs are rare. Companies like Kipsu are even rarer. A rotational program at a company like Kipsu is virtually unheard of. If you’re reading this and even slightly considering applying for this program, do it. You might not ever find another opportunity quite like it. 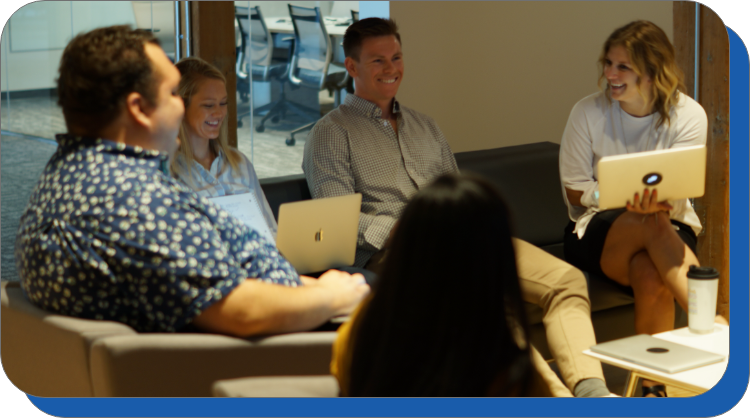